Maggie May Baird (born March 29, 1959) is an American actress, voice artist, singer-songwriter, and screenwriter. She is the wife of Patrick O'Connell and the mother of Finneas O'Connell and Billie Eilish.

In 2010, Maggie voiced the character, Samara, in Mass Effect 2. She wrote and starred in the 2013 film Life Inside Out alongside her husband. 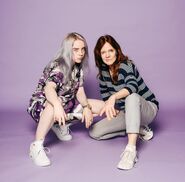 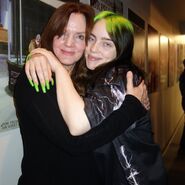